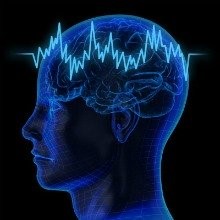 In addition to his first-year criminal law class and his upper-level course on empirical, scientific evidence and the law, Professor Michael Saks extensively researches the science behind the law, including social psychology. He has been involved in more than a dozen book projects touching on science and the law.

His most recent book, The Psychological Foundations of Evidence Law, examines how the rules of evidence limit lawyers’ ability to use psychological techniques to influence judges, juries, and witnesses to promote fair, accurate trials. He has also been involved in academic treatises concerning scientific evidence and expert testimony. He has written on social psychology, and the pressures that small groups, such as juries of fewer than twelve people, may exert to force dissenters to join the dominant group.

Professor Saks is prolific in the legal and scientific academic communities. His most recent article Capital and Punishment: Resource Scarcity Increases Endorsement of the Death Penalty, appeared in 2019 in the scientific journal Evolution and Human Behavior and presented findings supporting the hypothesis that areas with heightened concerns about resource scarcity are more likely to endorse putting criminals to death.

He has published extensively in Arizona State University’s scientific-legal journal Jurimetrics, with his most contribution coming in 2018: Granular Patient Control of Personal Health Information: Federal and State Law Considerations. This article concerned the increasing control over health records that patients can control and analyzed Arizona and federal law concerning particularly sensitive medical information. Psychological Aspects of Food Biodesign (with ASU Professor Roselle L Wissler) examined public anxiety regarding genetically modified foods; Jurors and Scientific Causation: What Don’t They Know, and What Can Be Done About It? (suggested ways of improving juries’ ability to evaluate scientific evidence; and Parallels in Law and Statistics: Decision Making Under Uncertainty (with ASU Professor Samantha L. Neufeld) analyzed the parallels between statistics and law in how to make concrete decisions with incomplete information.

His recent works include Improving Judge & Jury Evaluation of Scientific Evidence in which he explores the paradox inherent in the legal system in which judges must evaluate the validity of expert testimony intended to assist judges and juries with matters beyond their understanding; Methodological Triangulation, in which he presents a new, efficient approach to studying jury behavior and how to affirm the validity of certain experiments by comparing their results with other analytical methods; and The Disregarded Necessity: Validity Testing of Forensic Feature-Comparison Techniques, in which he suggests a shift away from the customary acceptance of forensic science evidence despite questionable empirical foundations.

You can read Professor Saks’ scholarship in the Law Library’s Faculty Scholarship Repository. If you have interest in criminal or scientific/legal research, the reference librarians can help you get started on an article of your own. Stop by the third floor reference desk during reference hours or make an appointment to Meet with a Librarian.