Harvard Law Library’s Free the Law project aims to digitize the entire body of U.S. case law and make it available to the world in an open-access database.  All American case law will be free to search, download, and read.  If you would like to read about this astounding project, click the link below to a New York Times article.

Halloween is just around the corner and we have some treats for you. Sign up for

Tweets from the Ross-Blakley Law Library and from now until Halloween you will receive random Treat Tweets for a sweet treat.

ASU Law graduate Kyle Thomas Orne scored the highest on the exam, while his fellow graduates 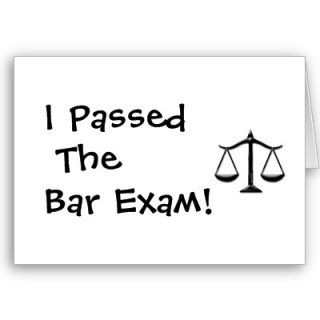 Robert Andrew Clarke and Christopher Jacob Waznik tied for second. All three graduated in May 2015.

“I was very surprised to have the top score — I’m not going to lie,” said Orne, who works as an associate in the Phoenix offices of Quarles & Brady. “Much of the bar exam focuses on what you learn as a 1L (first year). The ASU Law professors I had as a 1L were all really good, and I felt that I was prepared for the exam.”

Orne was also pleasantly surprised to learn that his former classmates tied for second place. “It looks like we studied together, but we didn’t,” he joked.

Among all bar exam test takers, ASU Law had a passage rate of 81.8 percent, far above the state average of 56.6 percent.

Congratulations from the Law Library!