Costumes gone awry, haunted houses, and mean-spirited decorations – oh my!  Have care while celebrating Halloween this week, because as these cases show, Halloween is fertile ground for lawsuits:

Mary and Her (flaming) Little Lamb
Susan and Frank Ferlito attended a Halloween party dressed as Mary and Her Little Lamb.  Frank’s lamb costume consisted of hundreds of Johnson & Johnson cotton balls glued to a set of long underwear.  While at the party, Frank tried to light a cigarette using a butane lighter and set his costume aflame, causing significant burn injuries.

Frank sued. A jury found in favor of Frank, but the District Court held that Johnson & Johnson’s failure to label their cotton balls as flammable was not a proximate cause of Frank’s injuries, that the injuries were not foreseeable, and that the jury’s verdict was against the clear weight of the evidence.  The court concluded, “Plaintiffs…failed to demonstrate the foreseeability of an adult male encapsulating himself from head to toe in cotton batting and then lighting up a cigarette.”  The Sixth Circuit Court of appeals upheld the District Court’s ruling.

Haunted, as a matter of law
Jeffrey Stambovsky bought a lovely Victorian home in the Village of Nyack, New York, only to find out (much to his horror) that the house was widely reputed to be haunted.  In fact, the seller had reported seeing ghosts in the home in both a national publication (Readers’ Digest) and the local press.  Jeffrey sought to rescind his purchase contract and collect damages.  The New York Supreme Court, Appellate Division, agreed that Jeffrey should be able to rescind the contract and held that as to the purported ghosts haunting the home, the seller “is estopped to deny their existence and, as a matter of law, the house is haunted.”

Dead Neighbors
A neighborhood feud over a 38-foot RV led Jeffrey and Vicki Purtell to display a series of tombstones in their yard, each of which chronicled the demise of one of the neighbors involved in the feud.  One tombstone read: “Bette wasn’t ready, but here she lies, ever since that night she died, 12 feet deep in this trench… Still wasn’t deep enough, for that wenches stench!” The Purtell’s lawsuit in this case was brought against the unlucky police officer who was dispatched to mediate the dispute and sued for his efforts, accused of violating the Purtell’s First and Fourth Amendment rights.

Tribal law can be difficult to find for a variety reasons: individual tribes may not have the resources to publish their laws, may choose not to make them available electronically, or even may restrict outside access to their laws.  The new Library of Congress Indigenous Law Portal helps researchers find difficult-to locate tribal law materials by bringing together digitized historic Library of Congress resources with current resources available on tribal websites.  The Portal can be both searched and browsed by geographic region, state, and tribe name.

The Library of Congress and HeinOnline recently announced a unique partnership that makes historical U.S. legal materials now available on the Library of Congress’ web portal, the Guide to Law Online.  While federal materials dating back to the mid-1990s have long been available for free through FDsys, the release of these materials by HeinOnline fills the access gap to the historical documents; generally, the content for each publication extends from its first print edition to the year when free access on FDsys begins.

Sandra Day O’Connor College of Law community members have access to the complete HeinOnline: The Modern Link to Legal History database, which includes all the federal materials listed above as well as significant additional content such as:

This Friday, October 17, there will be panel discussion at ASU’s The Walter Cronkite School of Journalism and Mass Communication in downtown Phoenix. The topic will be:

The panel discussion will run from 9:00a.m. to 10:30 a.m. From 8:30a.m. to 9:00 a.m., there will be a continental breakfast reception, and chance for folks to get acquainted.ASU’s Walter Cronkite School of Journalism and Mass Communication is located at 555 N. Central Ave. in downtown Phoenix. The event will be held in the school’s First Amendment Forum, which is located on the second floor.

Admission is free, and the public is invited, as well as ASU students and faculty.  The First Amendment Coalition of Arizona, Inc., is the event sponsor.

Ravel Law is a new and innovative (as well as free) online legal search, analytics, and visualization platform that provides access to U.S. Supreme Court and federal Circuit Court case law.  What makes ravel so original is that it displays case search results in both list format (like WestlawNext, LexisAdvance, and Bloomberg Law) as well as in visual graphic format.  The visual display of search results has two elements: (1) a timeline of search results that shows which years had the most cases that fall under a search, and (2) a timeline that represents cases using circles of various sizes – the size of the circle indicates the importance of the case (based on number of citations).  This graphical display shows trends in cases over time and also makes it easy to see how cases relate to each other.  Ravel claims that in comparisons with traditional legal research tools, its unique “visual tools and robust analytics” cut research time by up to 70%. 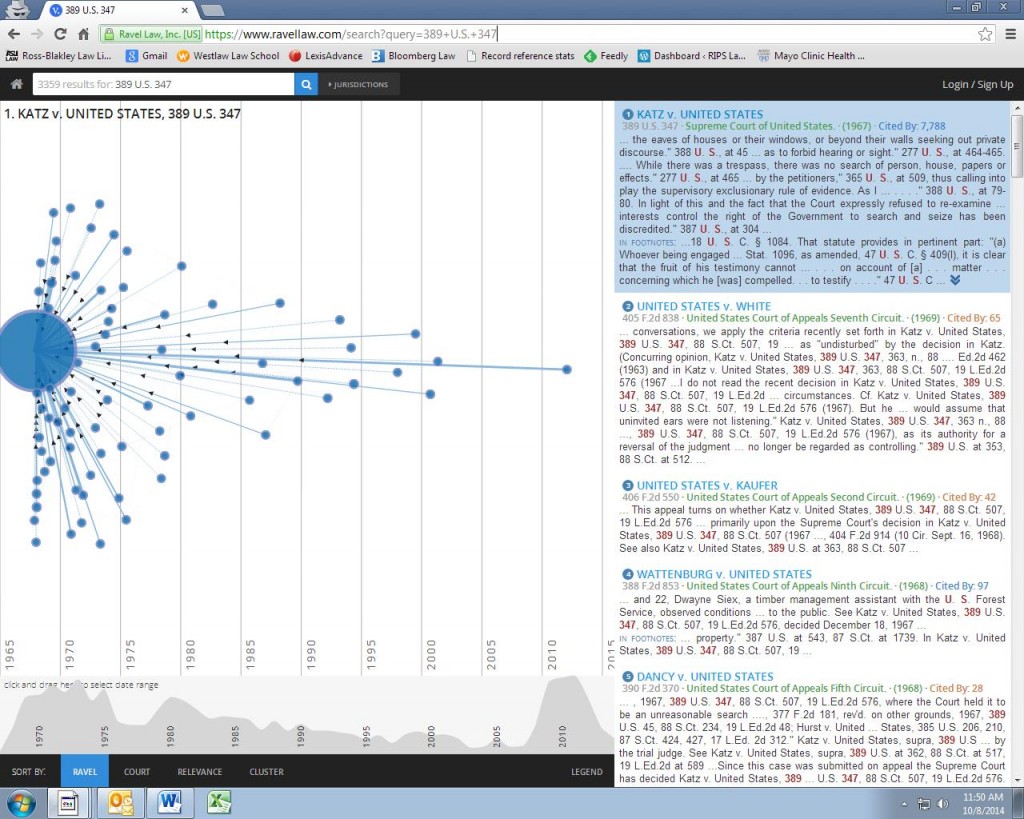 Ravel Law for Law Students
Anyone can run a search on Ravel Law, but it’s best to create an account as this will allow you to annotate and save cases to return to later. Ravel also offers a Premium account for free to law students.  The Premium account offers access to federal district court cases (1933-present) and state cases (1950-present) in addition to U.S. Supreme Court and Circuit Court opinions.

A mobile phone app called ASU LiveSafe is now available to download for free to your smartphone or obtain for free at Apple iTunes or Google Play stores.  You can view more detailed information about the app online at https://cfo.asu.edu/police-livesafe?destination=node%2F16969

This app enhances your personal safety across all ASU campuses.  It allows you to report, immediately, to the ASU Police any tips, information, pictures, audio and video you need to report to them.

Report tips to ASU Police with your user information for more accurate location information, or enable the anonymous reporting option.

If you have questions about the ASU LiveSafe mobile app features and functions, please send an email to this ASU address. 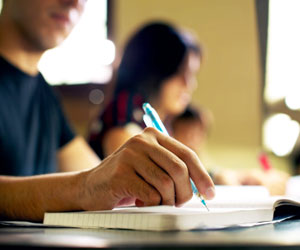 It is standard practice in law school to take notes in class on your laptop, but new research indicates that taking notes by hand can help you learn better and retain more information. Psychologists Pam A. Mueller of Princeton University and Daniel M. Oppenheimer of the University of California-Los Angeles conducted the study behind this research and found that students who used laptops in class, even as intended and not for buying things on Amazon, performed worse academically than students who took notes by hand.  Mueller and Oppenheimer hypothesize that the reason for this is that laptop use affects the manner and quality of note taking. While laptop users tend to take notes mindlessly, recording everything the professor says, handwrites are more selective with what they write down – they process the material as it is delivered and select the most important content to record.  Mueller and Oppenheimer state that “whereas taking more notes can be beneficial, laptop note takers’ tendency to transcribe lectures verbatim rather than processing information and reframing it in their own words is detrimental to learning.”

With this information in mind, and as you prepare over Fall Break for the remaining eight weeks of the semester before exams, it may be worth reevaluating how you approach taking notes in class.  Read Mueller and Oppenheimer’s article on their research, The Pen Is Mightier than the Keyboard: Advantages of Longhand Over Laptop Note Taking, published in the journal Psychological Science.  Author Patrick E. McLean also offers a (much more poetic) take on why handwriting is beneficial: A Defense of Writing Longhand.