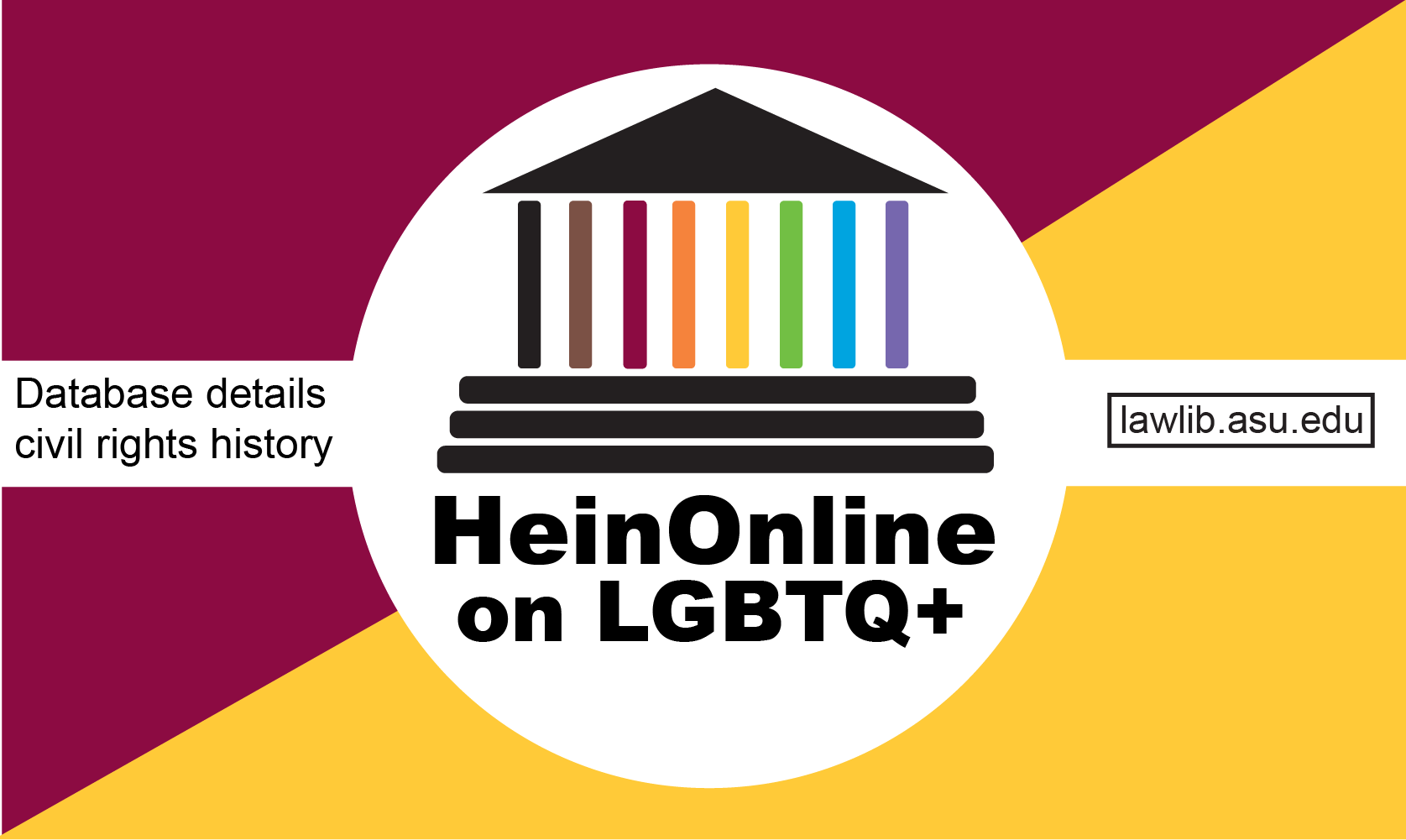 HeinOnline, a database that offers unparalleled access to periodicals, government documents, international resources, and more, has launched a new LGBTQ+ Rights database that all Arizona State University users of HeinOnline have access to.

The database opens with an introduction to set the tone for the civil rights struggle on which it focuses, shining a light on a history of discrimination and even capital criminalization before the LGBTQ+ rights movements won battles in society and in the courts.

Social attitudes toward LGBTQ+ people began to shift at a dramatic pace during the 1960s, and the 2000s and 2010s produced a sea change in their legal status with landmark Supreme Court Decisions. The guide gathers documents related to those legal fights, such as court documents in the case of Obergefell v. Hodges, which legalized same sex marriage across the country. A simplified timeline helps readers understand the pace of the changes. HeinOnline also highlights the inequities for people who identify as LGBTQ+ (Lesbian, Gay, Bisexual, Transgender, Queer/Questioning, along with a litany of identities and orientations).

The LGBTQ+Rights database organizes its documents into the following topics: Marriage and Family, Employment Discrimination, AIDS and Health Care, Military Service, Public Spaces and Society. It also provides a bibliography and gathers relevant documents into the categories of Supreme Court Briefs, Historical Attitudes and Analysis, and Scholarly Articles. Materials dating to the nineteenth century show the transition in attitudes over the decades of the modern civil rights struggle.

For expert guidance on this and other legal research topics, make an appointment to meet with a JD-holding law librarian.