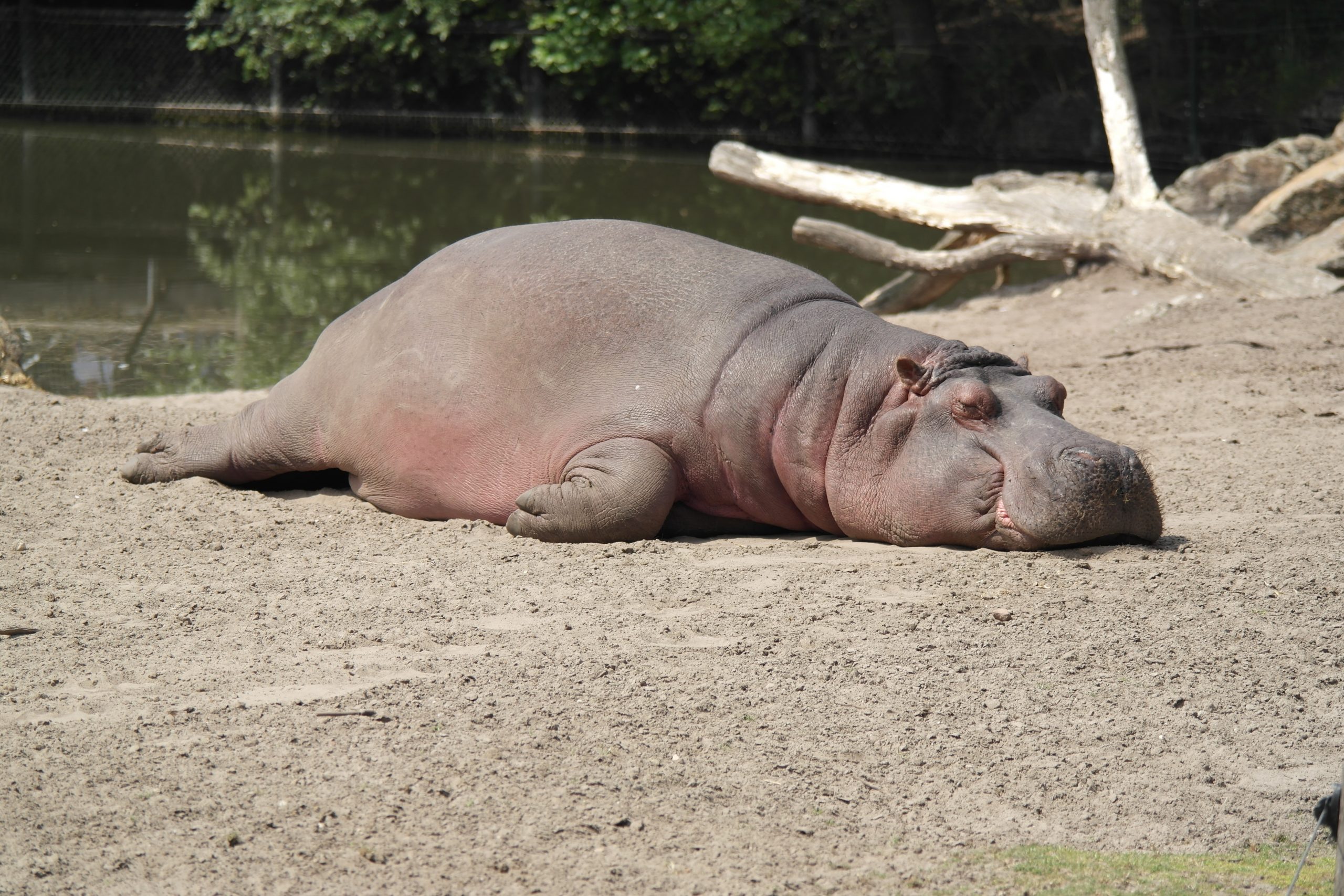 The descendants of Colombian drug lord Pablo Escobar’s four captive hippos have made their way to the Magdalena River and now number nearly 100 animals, becoming a major problem for Colombian officials. A Colombian court case, in which the Community of Hippopotamuses Living in the Magdalena River is the plaintiff, is considering officials’ plans for the hippos. An American animal organization asked a U.S. federal court in Ohio to allow the attorney for the hippos to gather expert testimony in the U.S. – the court granted the request, and in doing so, recognized the hippos as legal persons, a first in the U.S. You can read more about this case via Bloomberg Law News, and if you are interested in animal law issues like this, you should check also out the two new titles in the Law Library collection described below!

The Future of Animal Law by David S. Favre (2021)
David S. Favre is a professor at Michigan State University College of Law and founding officer of the Animal Legal Defense Fund. His forward-looking book The Future of Animal Law focuses on the legal rights of animals in the future, with an eye towards how to think about obtaining legal rights. While briefly recounting the historical path that has led to the current animal rights framework, the book centers on dogs as companion animals that are the most likely vehicle for increased protections, with the ultimate goal of creating a legal framework that views animals as more than property and recognizes their feelings and needs. The book looks at laws of the U.S., as well as those of other countries, and includes model language for new laws and suggested legal reforms.