Home » Slippery When Wet: New Library Books Examine the Always Smoldering Tensions of Water and the Law’s Efforts to Douse Them 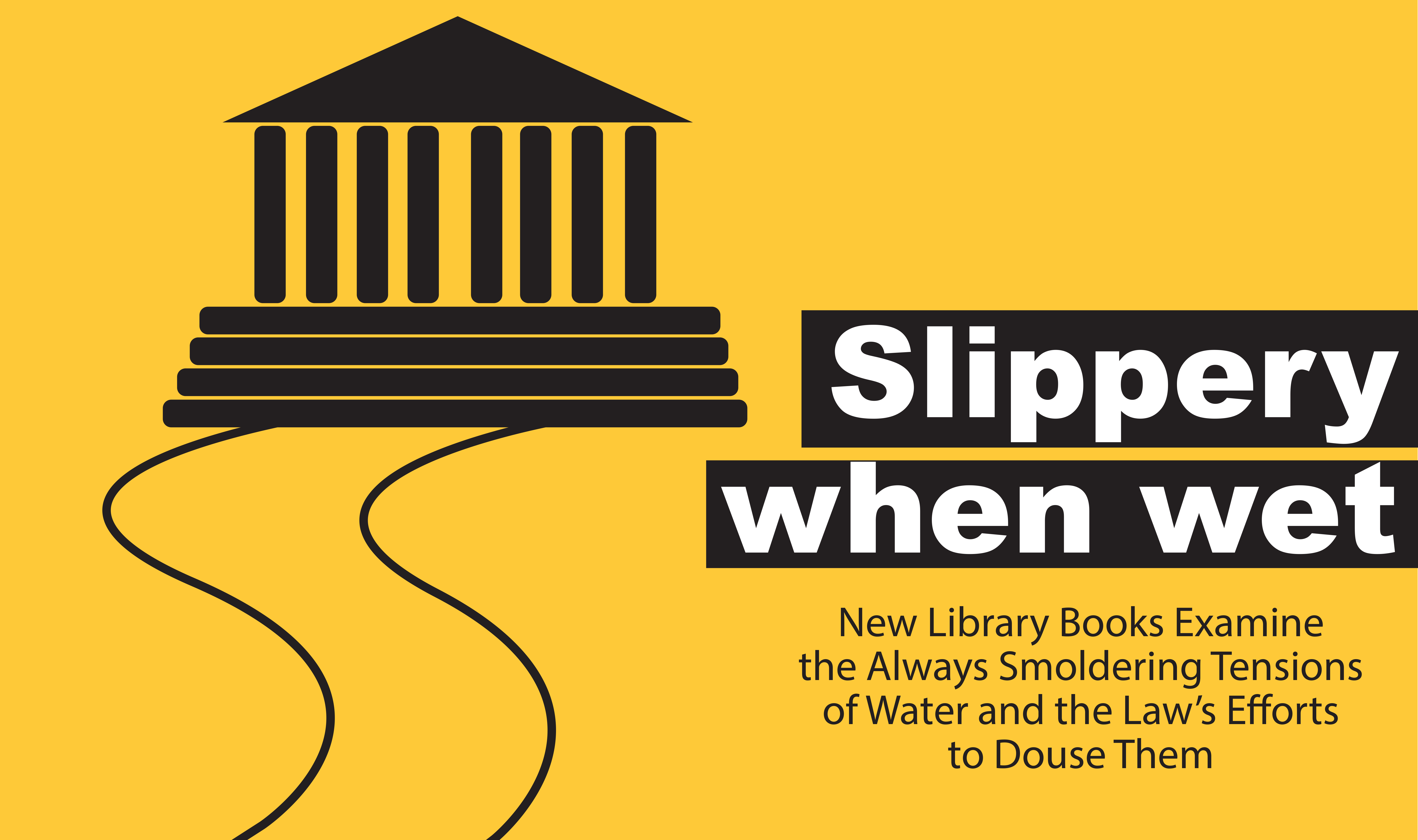 Western Water Rights and the U.S. Supreme Court notes that in the early years of the twentieth century, the Western United States was a very different place. Water was scarce and battles over who could access it were fierce. The Supreme Court was the only forum weighty enough to take on questions about Western water rights, including a key question bubbling under the Laramie River between Colorado and Wyoming: do states have sovereign authority over the waters in their territories, or does the legal doctrine of prior appropriation, in which senior water appropriators outrank and can displace junior water appropriators of their claims, hold true in the West? This book takes a look at the historical backdrop of Western expansion and how access to water defined it in the decades before the turn of the twentieth century. It introduces important water law doctrines of the era, including prior appropriation, equitable apportionment, and interstate water compacts. It profiles the main Supreme Court Justice responsible for the consequential Wyoming v. Colorado case. Then it delves into the fight itself, the yearslong dispute over the Laramie River, and its momentous impact on water law for decades to come.

The types of disputes of that formed the basis of Western Water Rights are greatly magnified globally, where waterways may be shared by as many as seventeen countries. Fresh Water in International Law notes that fresh water is a shining example of human interdependence—water flows from jurisdiction to jurisdiction through a variety of natural phenomena, and some cooperation is necessary to prevent waste and spoilage and ensure that those who need it have access to enough fresh, clean, and alarmingly scarce water. In addition to the challenge of disputed uses, the book identifies threats such as climate change and overexploitation by modern society as threats to water security in areas around the globe. The book introduces the international and national governance mechanisms that govern water sources around the world. It explores the economic and environmental aspects of water as well as human needs, which leads some observers to call for a human right to water. The book closes on a note of conflict, which is common in matters of water: sharing such an essential resource is a difficult proposition, especially for countries increasingly straining to provide for their own citizens.