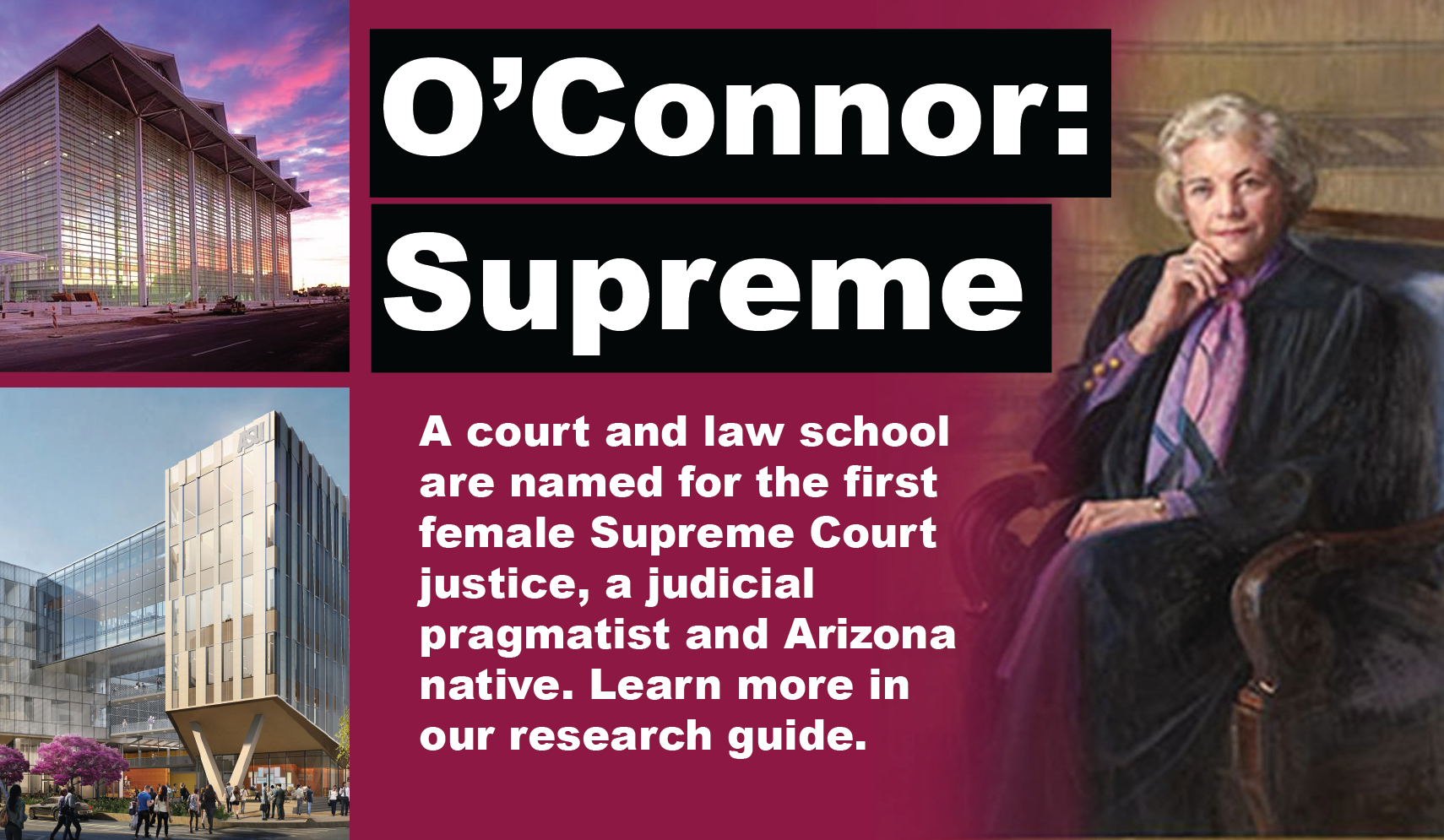 It remains extremely rare for a law school to name itself after a woman, but on April 5, 2006 Arizona State University’s law school became the first, choosing Arizona native and U.S. Supreme Court Justice Sandra Day O’Connor as its namesake.

President Reagan nominated her to be the first woman to serve in the United States Supreme Court in 1981, and she retired in 2006. During that time, she established a reputation as a moderate conservative with a pragmatic view of jurisprudence.

She served as an attorney, judge, and state Senate leader in Arizona before her time in Washington.

We provide a biographical timeline, from her birth in Texas through her early career in Arizona and post Supreme Court highlights. She retired from public life in 2018.

Our collection of United States Supreme Court Opinions arranges many of the most important cases O’Connor authored by subject matter, from abortion, capital punishment, and civil rights to tax, Title IX, voting rights, and waters. We also gather a select few U.S. Court of Appeals Opinions she authored, as well as Arizona Court of Appeals Opinions.

O’Connor is also a distinguished author beyond the courtroom, as our collection of non-judicial Publications attests. She is listed as an author of eight books and numerous articles.

We have also gathered publications about and tributes to Sandra Day O’Connor, along with various other honors the retired justice has been given.

If you are researching the judiciary in general or Sandra Day O’Connor in particular, Meet with a Librarian for expert help from a JD holding reference librarian.